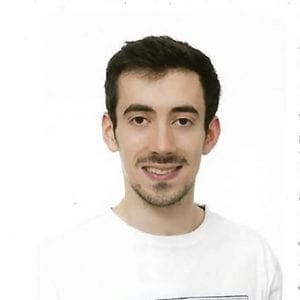 Treatment carried out by Rui Costa

Rui Costa is a practioner at Policlinica Vianense, in Viana do Castelo, Portugal.

A 22-year-old female patient presented with aesthetic concerns about her crowded upper and lower anterior teeth. She felt self-conscious when smiling and was keen to improve the appearance of her smile. The patient was fit and healthy, with no relevant medical or dental history.

The case was digitally planned using the Spacewize™+ digital software from IAS Academy to assess the amount of space that would need to be created in order to correct the upper and lower crowding. The Spacewize analysis revealed that there was 1.6mm of crowding in the upper arch and 1.3mm in the lower arch. This was well within the 3mm limit of the Inman Aligner appliance and so suitability of the case was confirmed.

Anterior alignment orthodontic appliances, such as the Inman Aligner, have their limitations and can only partially solve the problems detected in the orthodontic assessment. An ideal treatment plan for this case would have been to correct the molar and canine class II relationship on the left hand side, as well as the non-coincident centerlines. With the Inman Aligner, the aim of treatment was to correct the upper and lower anterior crowding only. The patient fully understood the compromises involved and gave informed consent to proceed.

We decided to simultaneously align the upper and lower arches, using the SuperSlim Inman Aligner appliance and the Aligner system, respectively.

Silicone impressions were taken and sent to the IAS laboratory to manufacture the appliances. At the delivery appointment, the patient was instructed on how to place, remove and care for the appliances. Composite anchors were place on the disto-lingual surface of teeth 11 and 21 to help encourage the necessary protrusion and rotation. In the lower arch, a composite anchor was bonded to the vestibular surface of tooth 31, again to help with rotation.

As tooth movement progressed, the composite anchors on the centrals were removed and new ones added onto the disto-lingual surface of the laterals to further help with rotation.

After 12 weeks of treatment, two aligners were fabricated to move tooth 22 into its final position. Treatment in the lower arch was finished after 14 weeks following seven clear aligners. The patient cooperated at every step of treatment, which was crucial to the smooth and rapid resolution of this case. The patient’s oral health was easily maintained due to the removable nature of the appliances.

Fixed retention was provided in both arches, using Wildcat 0175 stainless steel wire. Composite bonding and bleaching was discussed with the patient, but postponed due to financial reasons. It is still a possibility for the future.

The patient was very happy with the final result and that we were able to achieve the desired outcome in a short period of time. The support provided by IAS Academy made the treatment simple and flow correctly without delays. The continuous guidance made me more confident and certain during the treatment process, so I could deliver the treatment in the most safe and effective way possible. 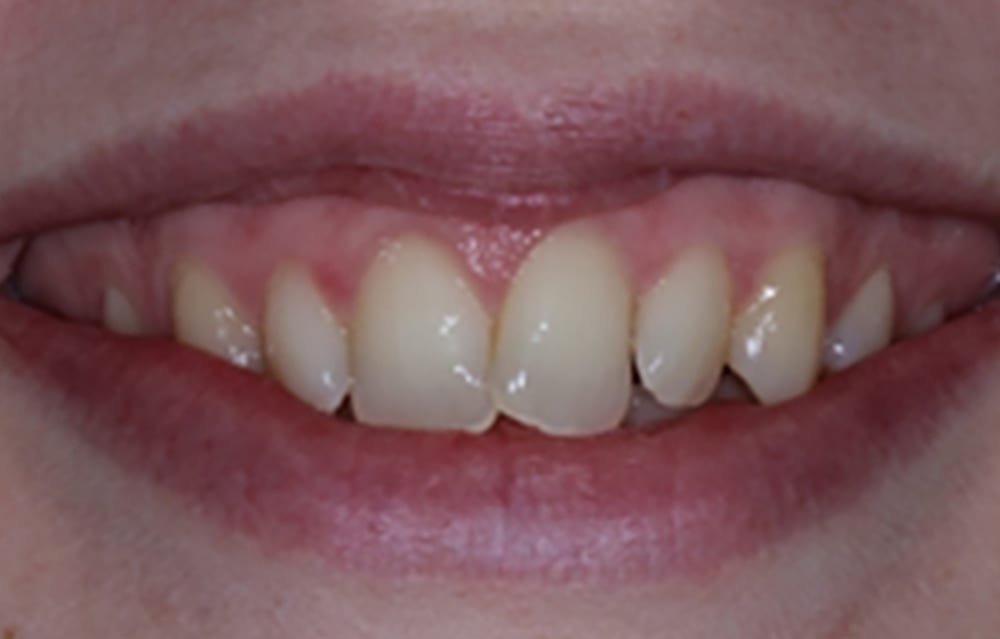 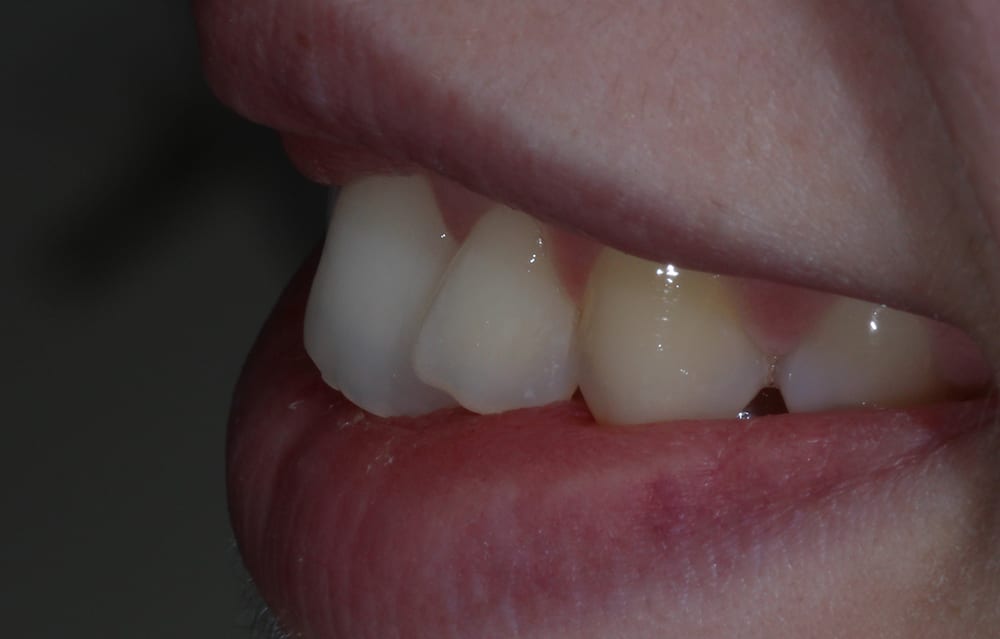 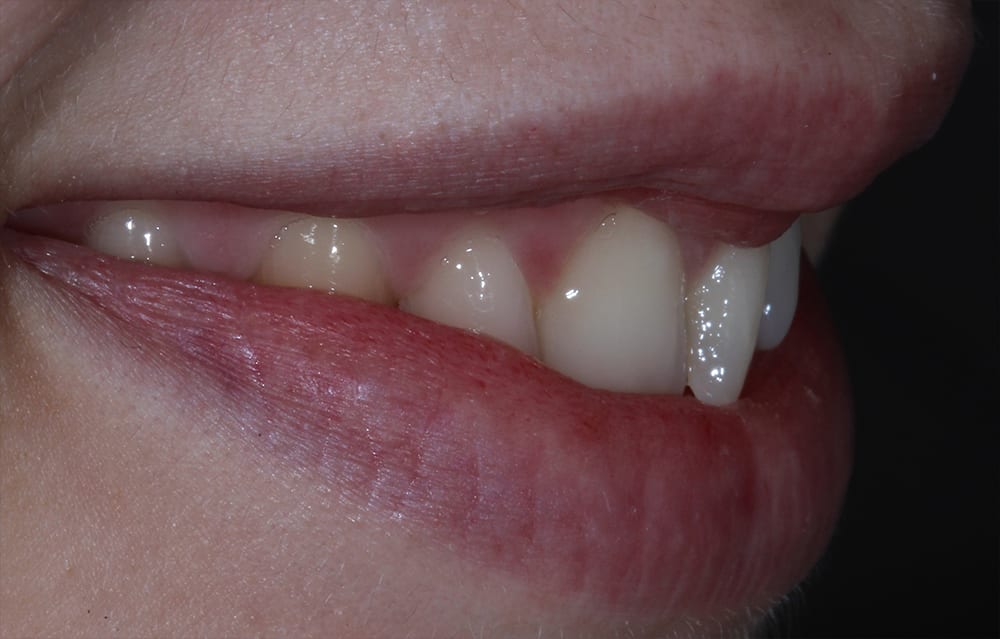 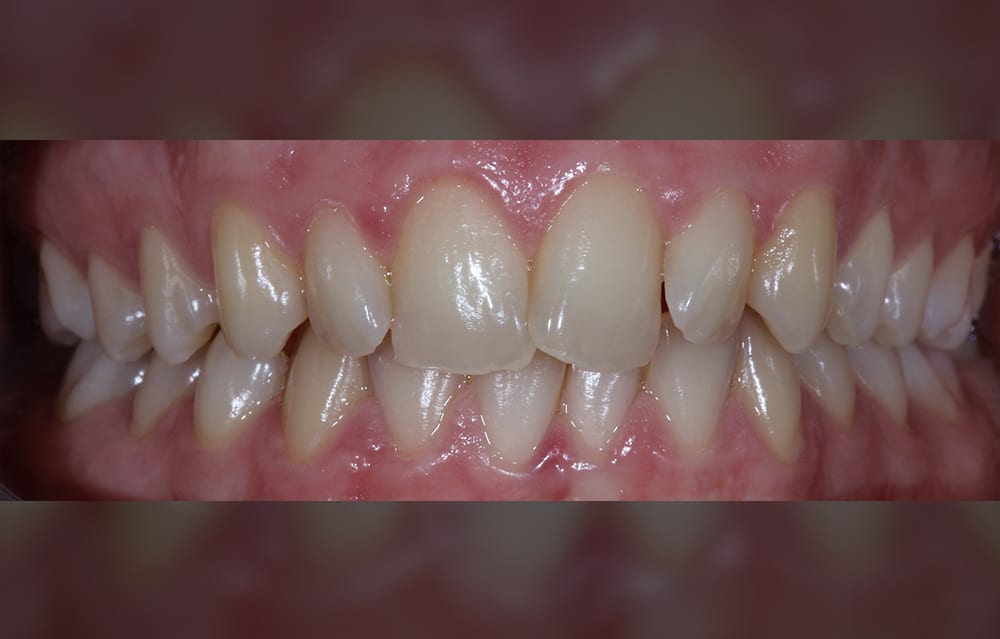 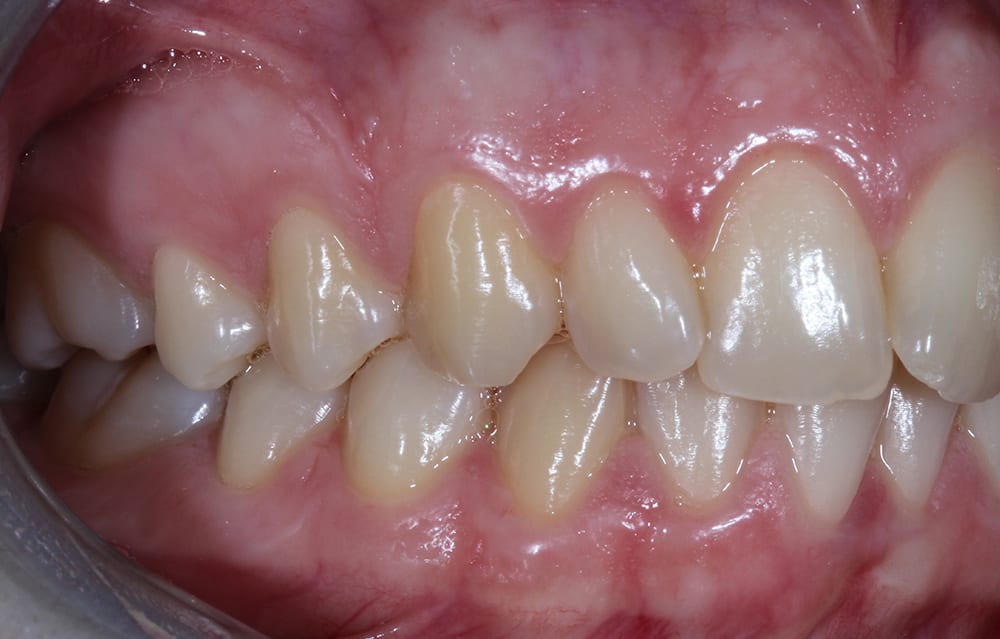 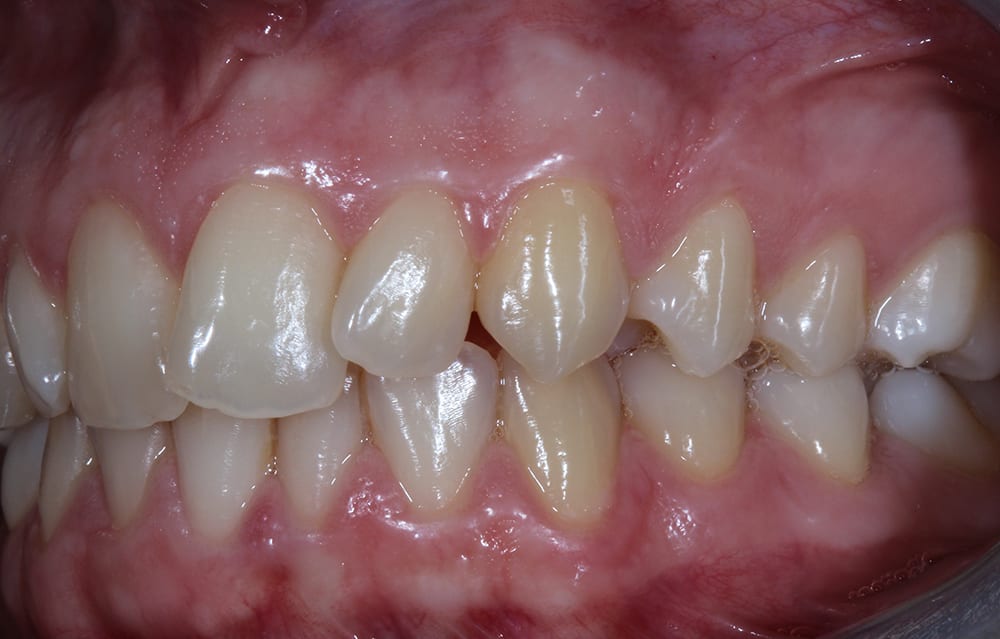 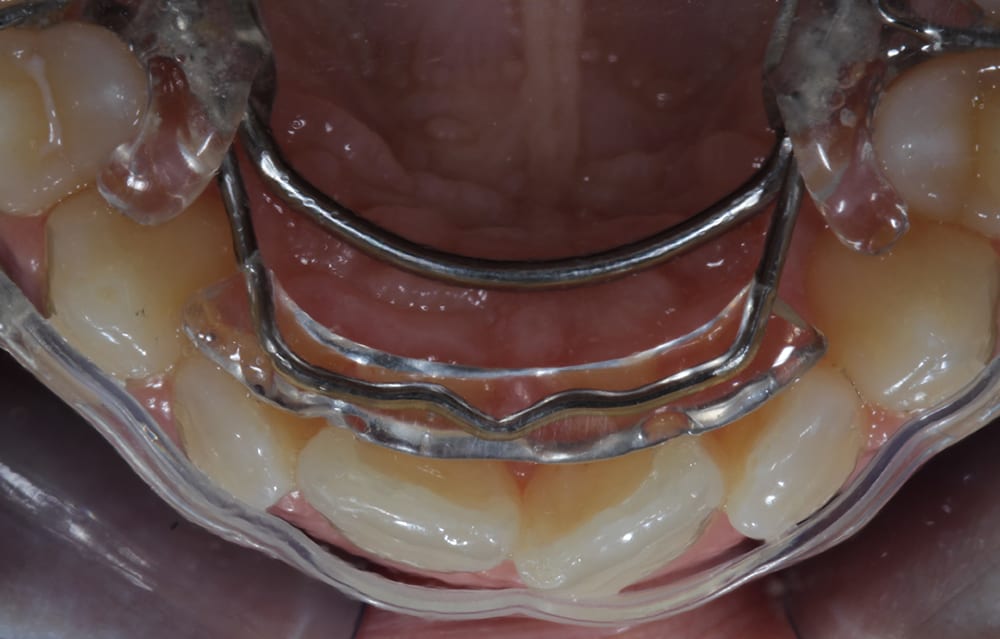 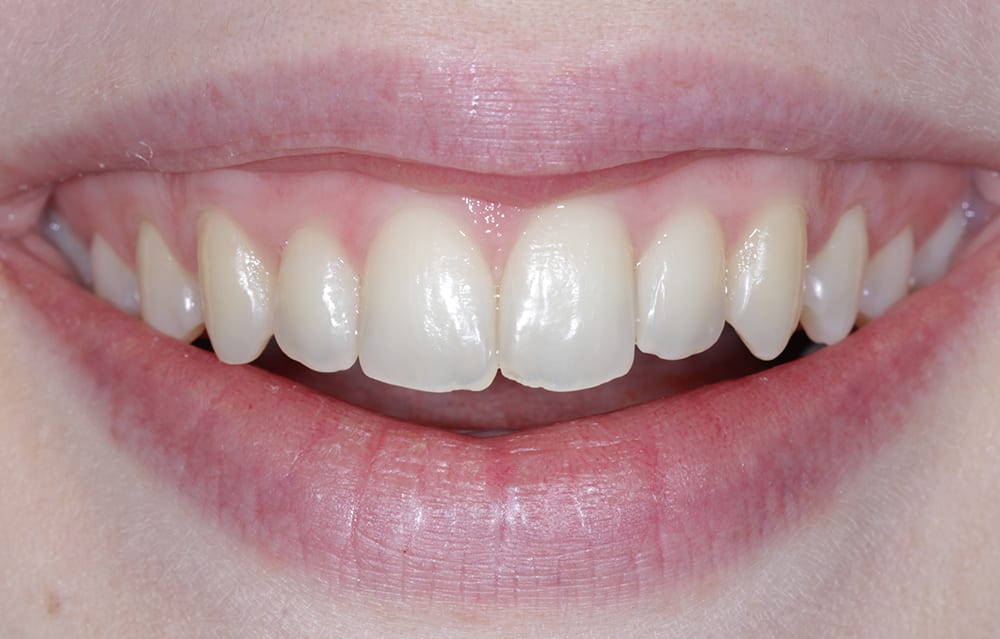 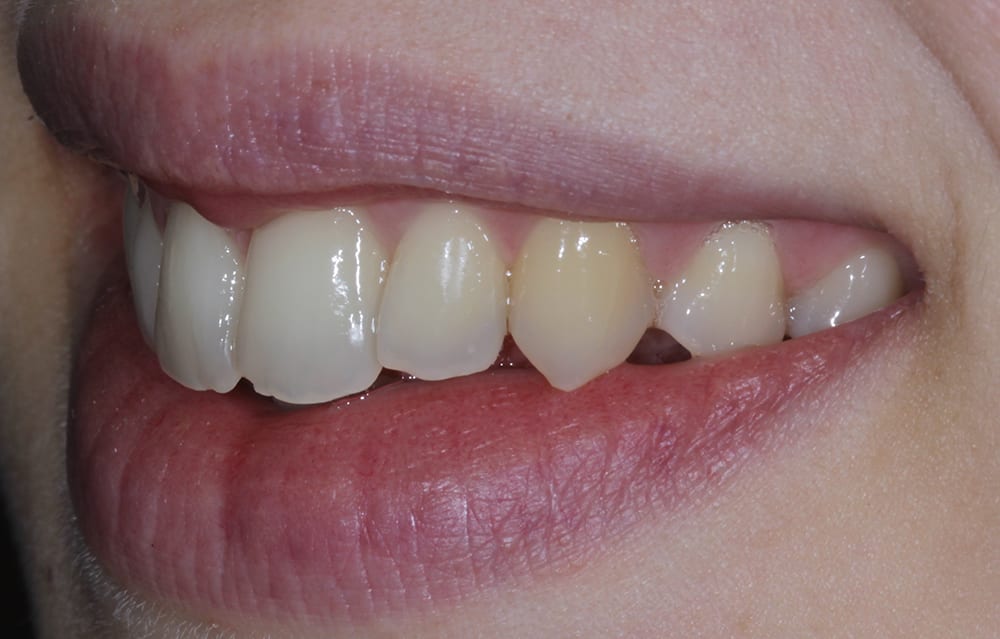 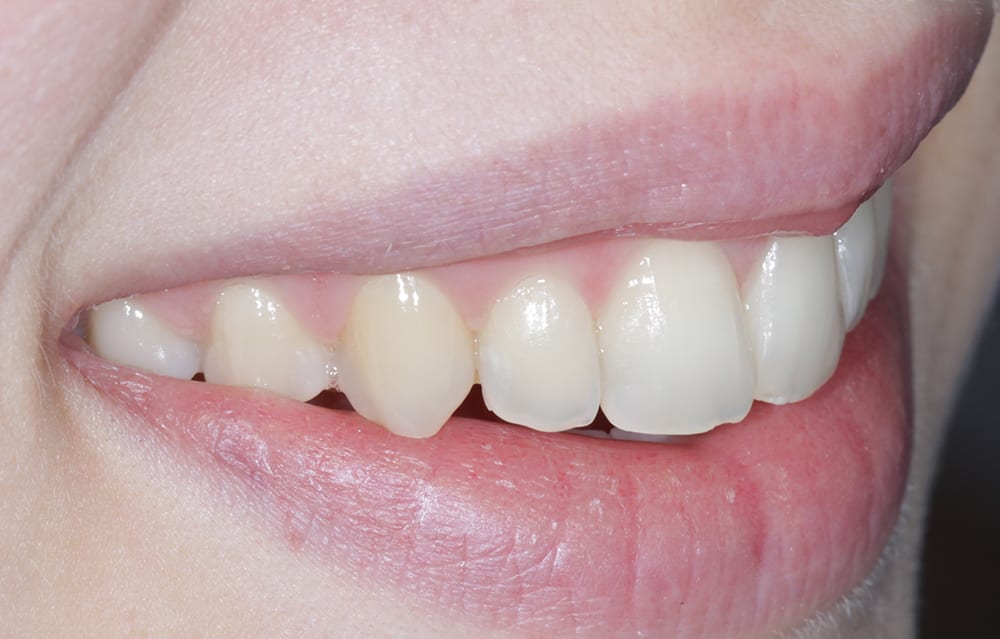 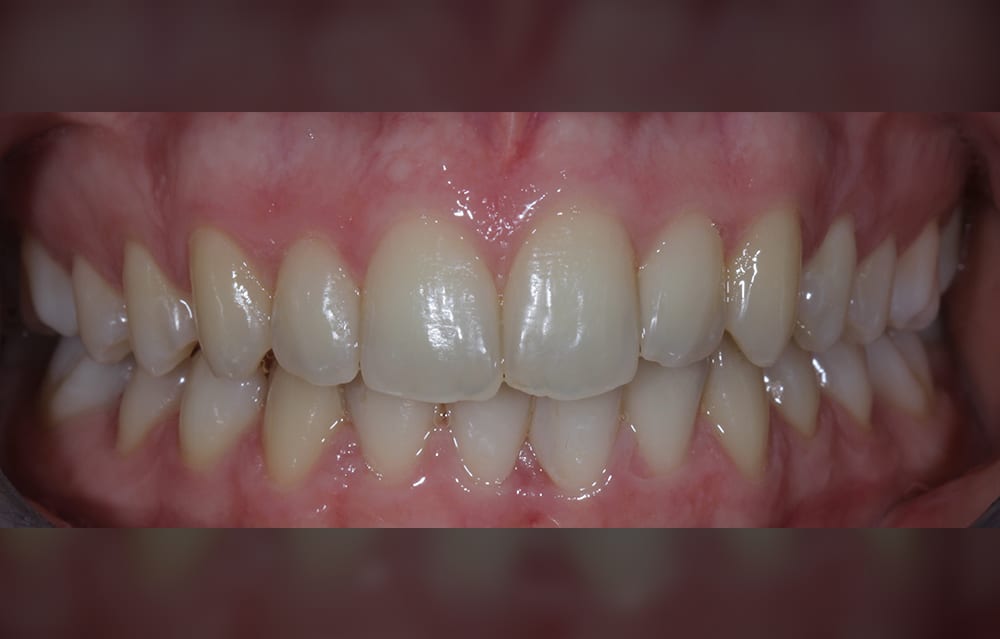 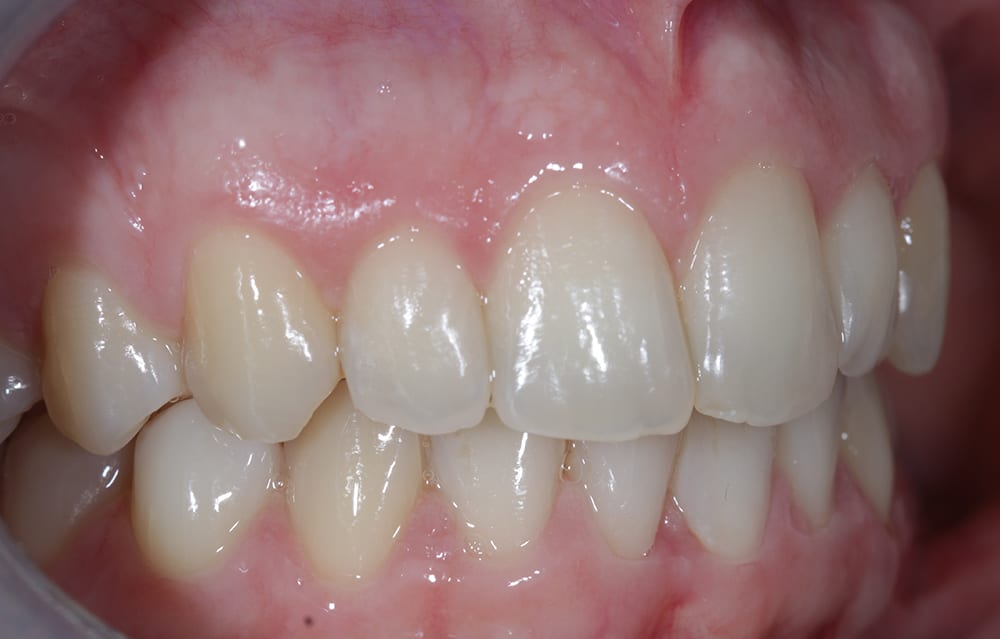 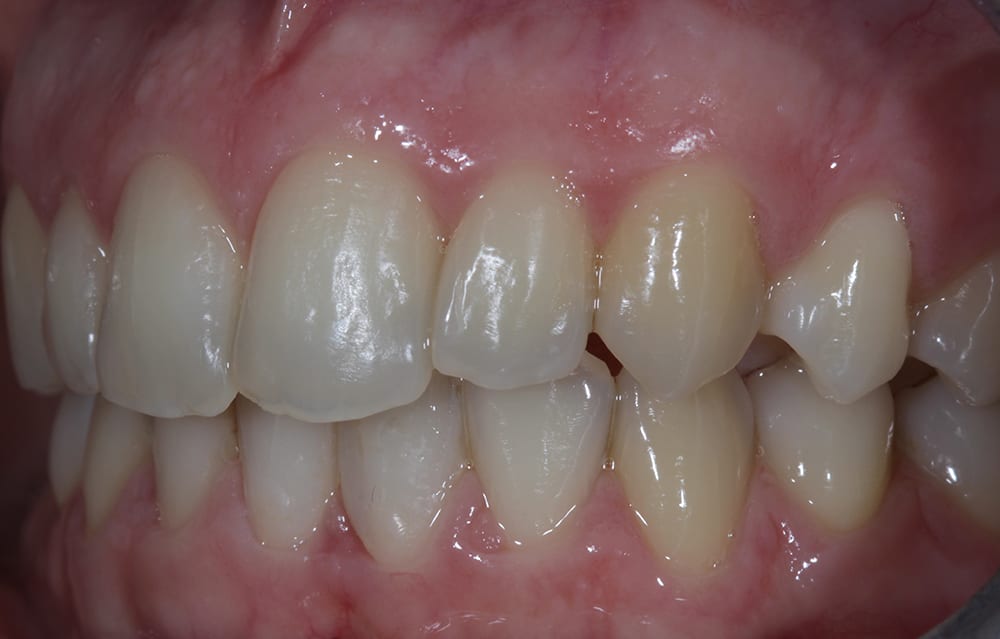 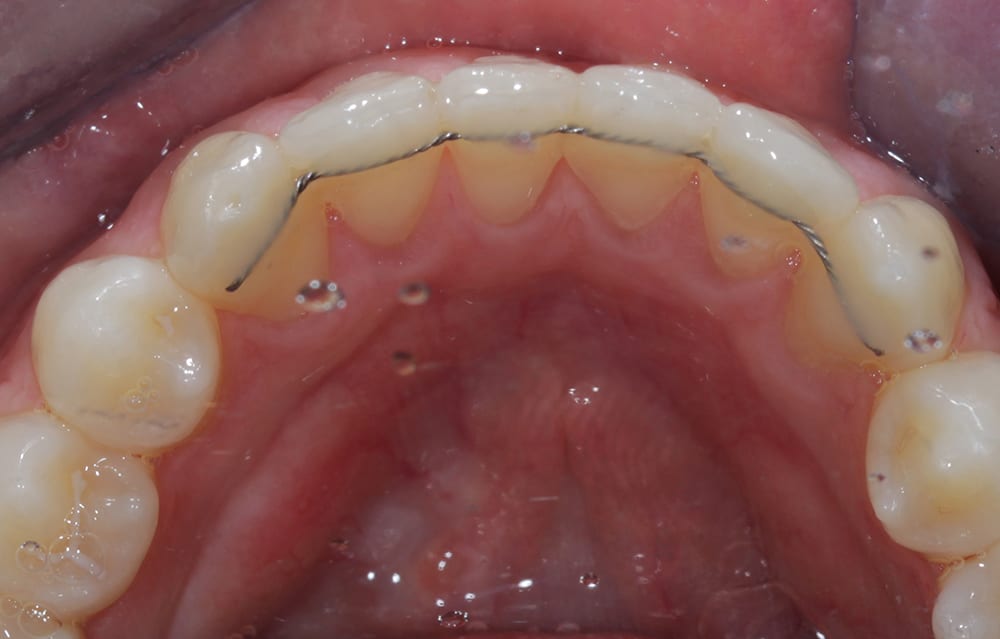 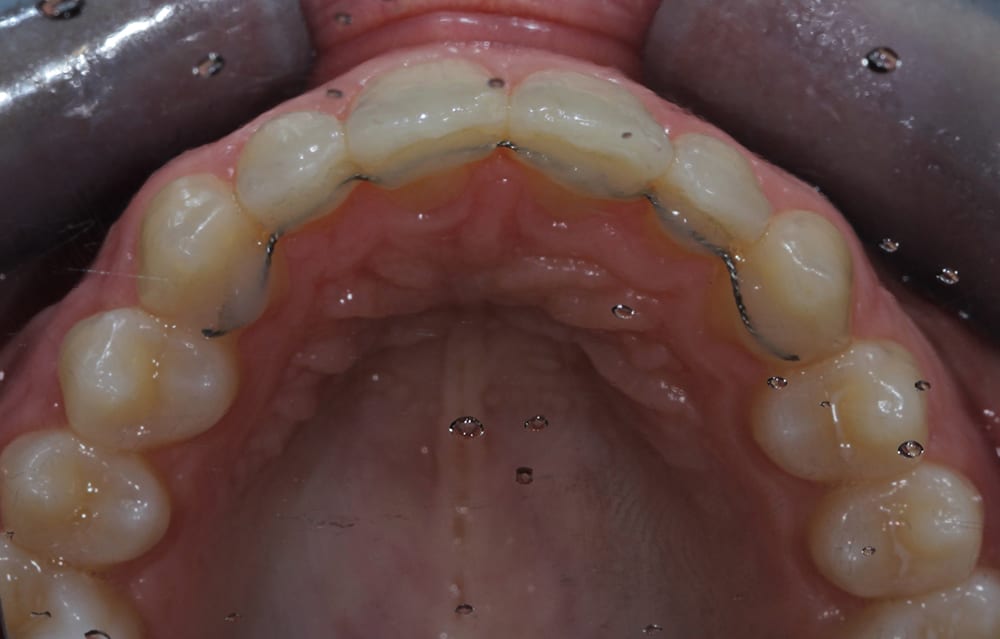